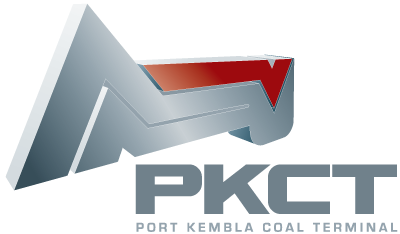 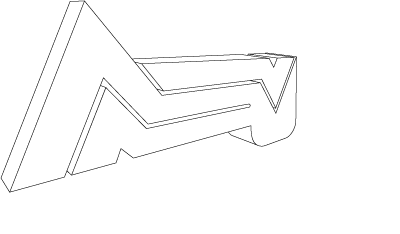 PKCT is a flexible coal terminal, loading valuable coal and bulk products resources. As a 24-hour operation, parts of the Terminal are required to operate continuously, particularly when a ship is berthed and being loaded with coal. A flexible approach has contributed to our ability to enhance and sustain our competitive advantage in the coal export industry.

The key attributes of PKCT include: 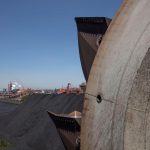 PKCT is committed to the provision of a safe, reliable and cost-effective bulk handling service for our customers.

This commitment to quality runs through our entire operation, from the receival of coal by road and rail to the management of our stockpiles, our coal blending capabilities, monitoring and sampling the coal, scheduling vessels for loading and ensuring they are loaded quickly and efficiently.

We receive around 60% of coal by rail each year, delivered efficiently in 75-tonne payload bottom dump wagons that allow for continuous discharge at PKCT’s rail receival bins. PKCT currently receives approximately 7 trains per day at 3,300 tonnes per train, with a nominal discharge rate of 3,700 tonnes per hour.

Coal is recovered from the receival bins through under-bin belt feeders designed to operate at 4,200 tonnes per hour.

Road access to PKCT is excellent. Port Kembla is within 30-40 minutes by road from the Southern Coalfields.

Around 420 truck movements a day, most of them B-doubles, deliver 40 tonnes of coal on each trip.

Unloading takes only a matter of minutes at PKCT’s road receival facility, where trucks dump the coal into two bins with a total capacity of 3,000 tonnes. Under-bin rotary arm plough feeders recover the coal from the bins at a rate of 4,400 tonnes per hour.

Conveyor belts transport the coal from the rail and road receival bins to the stockyard, where it is assembled in areas dedicated to different shippers and coal types in preparation for loading onto the ships.

Three rail-mounted stackers remotely controlled from the Terminal’s Control Tower distribute the coal into stockpiles. If necessary, different coal types can be blended during the stacking process. Great care is taken to ensure stockpiles are kept separate.

PKCT’s stockyard, which has an east and west pad each 50m wide by 1km long, can accommodate up to 850,000 tonnes of coal, although its optimal working capacity is around 600,000 tonnes. This storage capacity is a valuable asset that gives the Terminal considerable flexibility in planning vessel loading schedules.

Coal is stacked in individual vessel consignment lots. Generally, each cargo is assembled in the stockyard at least 2-3 days before the vessel berths, to ensure the quickest possible turnaround once the vessel is at the Terminal.

The Terminal has two track-mounted operator-controlled bucketwheel reclaimers that reclaim the coal from the stockpiles for delivery via conveyor belts to the shiploader. The reclaiming machines have 10 buckets on their wheels capable of reclaiming 6,600 tonnes per hour. On the way to the vessel, the coal passes through a sampling plant where samples are taken by independent superintending companies to measure quality, moisture and ash content.

PKCT has two berths. Berth 102 is the main berth built in 1982, while Berth 101 is primarily used for loading bulk products.

Berth 102 has two manually-operated shiploaders capable of loading at 6,600 tonnes per hour. The shiploaders are rail-mounted and have a hatch coverage of 235m when both loaders are operating. The average cargo size is 65,000 tonnes, although the berth has handled cargoes up to 166,000 tonnes.

Berth 101 has a mobile shiploading arrangement and is primarily used for coke and smaller coal vessels.

PKCT is committed to the provision of a safe, reliable and cost-effective bulk handling service for our customers.

This commitment to quality runs through our entire operation, from the receival of coal by road and rail to the management of our stockpiles, our coal blending capabilities, monitoring and sampling the coal, scheduling vessels for loading and ensuring they are loaded quickly and efficiently.

We also hold weekly customer communication meetings with our shippers.

The benefits of this commitment to quality are evident in our world-class vessel turnaround times and our environmental performance.